A downloadable game for Windows

You are a little creature that lives happy in a small planet, but your peace but your peace is coming to its end. From the Sky some visitors are invading your home, they are not kind aliens, only want to destroy everything and you are part of that everything. Run and survive until the Invasion ends.

Made in the last two days of LudumDare 38 by Daniel Porras.

Part of the challenge was to simulate de Planet gravity, how to limit that gravity (by example, with an object flying), made a smoothly character align respect of the ground and finally made the IA follows a target in an irregular spherical Terrain.

This 3D game is basically some type of survival style game mixed with the walk planet feature from games like Mario Galaxy.

I made the shaders trying to acquire that artistic/anime appearence.

The characters was inspired in flowers, plants and insects.

The "A small world" concept from the LudumDare was applied in the use of a little planet and to decide the art and characters, I thinked in the insects scale and be tiny compare to plants, also we play with a small character compared to the enemies.

This game was made with Unity 5.6

-Use the Bubbles in the sky as weapon! the bubbles only fall if you are close to them, But take care, they can hurt you too.

-Take The green powerups and charge you power bar, then press space or action button and increase your speed by few seconds.

Controller: Keyboard + mouse, GamePad support and now you can play with one hand using only your mouse (a good option for those that maybe can't use two hands) 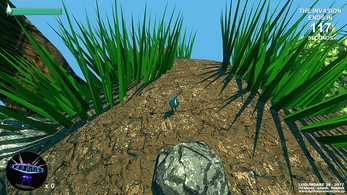 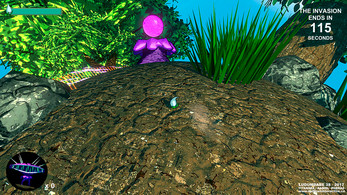 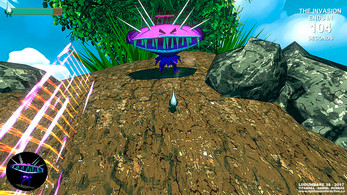 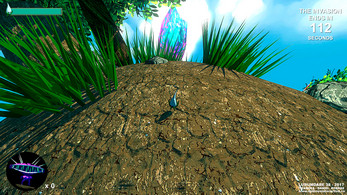 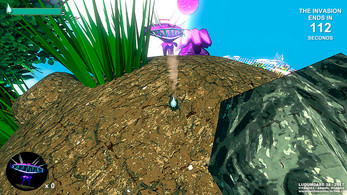 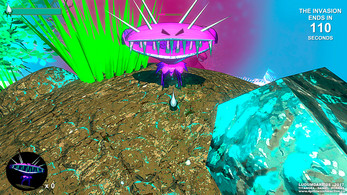